HomeHealth & BreedWhy Are German Shepherds So Smart? (Secrets To Their Intelligence) 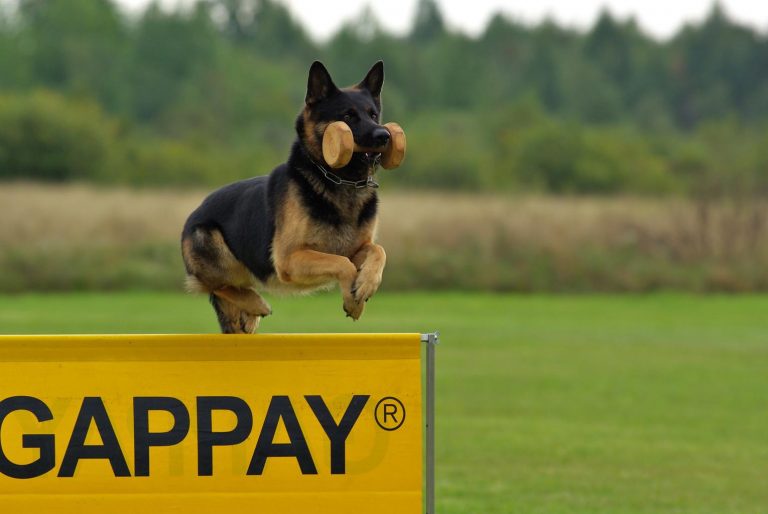 You’ve probably heard many different reasons for their high intelligence and now want the real facts of the matter.

Let’s look at the reasons why German Shepherds are so smart and put the rumors to rest once and for all.

Plus, learn how you can increase a German Shepherd’s intelligence today!

Top in Their Class Intelligence

German Shepherd’s brains are roughly one-tenth of the size of our human brains. They are only the size of mandarin orange (source).

But brain size does not equate to intelligence.

Sometimes, people refer to intelligence and might mean ‘instinctual behavior’ or ‘drive’. Instinct refers to why a German Shepherd Dog intuitively herds and guards and excels at those jobs. And the drive is how much intensity and thought a dog puts into the job they perform.

Stanley Coren, professor emeritus at Columbia University, produced one of the most cited studies regarding dog intelligence. Coren applied the rankings of 199 top dog judges to arrive at his list of the top 10 most intelligent breeds when referring to ‘working and obedience intelligence’.

Coren believed that all herding and guarding breeds (like the German Shepherd Dog) possess a natural ‘instinctive intelligence’ which brings about inherent ‘intuitive thoughts’.

This means that German Shepherds only requires a handler’s interaction to bring about their natural abilities to analyze, react, and problem-solve as it relates to herding, tending, and guarding.

Thus, herding breeds rank high on the list of top 10 most intelligent breeds, especially the German Shepherd due to its long-standing history of guarding and tending to its flock.

According to new research, dog breeds used for “cognitively complex and demanding” activities such as herding, guarding, military, and police work have larger prefrontal cortexes—the part of the brain responsible for problem-solving (source).

To back this intelligence up, the American Kennel Club (AKC) consistently ranks the German Shepherd Dog in the top five most popular breeds, showing that in their dog club’s history this breed is a highly prised dog that many people dream of owning.

They are treasured companions dogs, diligent workers, and their explosive energy levels make them a prime candidate for obedience dog training and specialized tasks to help disabled people.

Are you thinking of going to a breeder and need some advice on how to pick the German Shepherd puppy of your dreams?

German Shepherd Dogs and Their Keen Sense of Smell

German Shepherd Dogs are valued for their sharp sense of smell. Their expertise to identify trace chemicals that are entirely beyond human and complex mechanical detection is well established.

How good is their sense of smell?

Well, a German Shepherd’s sense of smell is so powerful that with just six months of training, a pair of German Shepherds became 100% accurate in identifying breast cancer (source). If that’s not amazing enough, in 2015, two German shepherds were trained to detect prostate cancer, and they were correct more than 95% of the time (source).

These accuracy rates are better than modern scientific testing that’s currently on the market!

And, while many of us are privileged enough to have access to state-of-the-art hospitals, others are in dire need. So, having a German Shepherd journey to remote villages to warn of medical issues is easier and less expensive than building new hospitals or expensive tests that many can’t afford.

The Nose of a Soldier

But, using the intelligence of the GSD in medicine is only one of the many ways in which their smartness is put to the test. Many other branches of work require the use of the keenness of their scent detecting abilities.

For example, a 2014 study on four breeds of drug detection dogs, including the German Shepherd, Labrador Retriever, various “terriers”, and the English Cocker Spaniel, found that German Shepherds had higher tracking accuracy than the other three breeds. This accounts for their use in police drug detection and search and rescue units.

Another study discovered that police dogs (primarily German Shepherd Dogs) with a specific gene were determined as having significantly better scent detection skills than other dogs who had the same scent detection training but did not have this gene.

This presents some support for the idea that genetic changes within the GSD breed may provide German Shepherds with superior scenting abilities and, therefore, more instinctual intelligence.

Given their history as a herding breed, they also had to be aware of the enemies to their flock that may cause injury.

GSDs are attentive to their surroundings and smells to stay sharp and on the lookout for the smell of wolves or other predators to their sheep. They were often left on their own to guard the flock and keep their sheep together.

This level of scent receptors provides the German Shepherd brain with additional information about their environment in order to analyze their surroundings and make intelligent decisions.

So, the German Shepherd is smarter than most scenting dogs and their physical adaptability gives them an advantage over many other breeds.

German Shepherds are favored as the standard breed because of their unique combination of characteristics. Shepherds are intelligent, trustworthy, predictable, easily trained, and can adapt quickly to almost any climatic conditions (source).

While many dog breeds exhibit some or most of these outstanding traits, the Shepherd more than any other breed most reliability presents all of these traits in a well-packaged athletic frame.

German Shepherds In The Military

Military units the world over choose the German Shepherd Dog for its amazing ability to thrive in complex environments.

German Shepherds are generally reserved for Specialized Search Dogs, which are a distinct class of dogs trained to work off-leash at long distances from their handler in order to detect explosives. They work by hand signals, and in the United States Marines can also receive instructions through radio receivers they wear on their backs to communicate with their handler.

According to an information sheet from the military working dog unit (source), two of the most common breeds in the military are the German Shepherd and the Belgian Malinois, which “have the best overall combination of keen sense of smell, endurance, speed, strength, courage, intelligence, and adaptability to almost any climatic condition.”

German Shepherds are so highly intelligent they are still a top choice for protection work and have served in World Wars as one of the most popular dog breed choices for military duty.

Thus, the GSD is a chameleon capable of responding under high-stress expectations during times of war and other peace-keeping missions. This intelligent dog is a life-saver in times of battle and puts their life first before their handlers.

Did you know that Rin Tin Tin, the famous German Shepherd Dog on 1930’s TV, served in World War I? While preparing a dog for war is a great feat to teach, you can start training your German Shepherd to become smarter around the house today.

From Puppyhood to Adult: How Smart Are German Shepherds?

As early as 7 weeks and up to 12 weeks of age thinking capabilities in the German Shepherd puppy is fully developed. However, puppies need real-world experience to boost their mental abilities.

This means between 7 through 12 weeks old is the time of a German Shepherd puppy’s most accelerated learning and consequently, the best time to teach them some manners. Research confirms that behaviors are molded and changed most easily throughout the time when learning happens most quickly.

Any basic, but not demanding or distressing training, along with exposure to new environments, sights, and noises during this time increases the puppy’s potential to learn. As exposure to real-world experiences progress, so does brain cells in the relevant regions of their brain.

The significance of this early developmental phase with its possible life-altering links cannot be stressed enough for German Shepherd Dog owners. You must begin early training to make sure the German Shepherd Dog’s intelligence is best served.

Find out how next…

Can You Make a German Shepherd Smarter?

There are several ways to make your German Shepherd smarter and increase their intelligence. While most German Shepherd Dogs don’t go into the realms of the military, medicine, or scent detection, most GSDs do prefer a physical and mental challenge.

It’s your job to encourage them to use their minds wisely and give your German Shepherd a job at home rather than let them make up a job for themselves. If you leave your GSD to find their own work, they may be so inclined to get into trouble.

While canine intelligence usually centers around obedience commands, there’s more to it! You also want to keep your dog’s mind occupied with positive behaviors. Here’s how to hone in on their great instincts and their working abilities.

1. Teach your German Shepherd how to have a job at home.

This means you’ll get to spend quality time with your dog while increasing their intelligence through new ways of thinking. Pick any one job from the list and start working with your German Shepherd today.

List of fun jobs: 10 Jobs for German Shepherds at Home (To Reduce Boredom)

2. Give them the right amount of exercise.

Challenge their physical abilities, but don’t over exhaust them! German Shepherds are highly athletics and need the right exercise routine to give them the best possible health and keep their minds from becoming bored.

Want the best exercises for your dog?

3. Provide them the right chew toys.

Chew toys provide your intelligent breed with plenty of stimulating ways to engage their minds while helping control their stress. If you want your GSD to learn how to calm their minds, then chew toys can help them release tension.

These safe, non-toxic, and stimulating Chew Toys for German Shepherd Dogs are meant to satisfy their primal urges to gnaw and bite while releasing stress and anxiety.

Play brain games for German Shepherds to keep their senses sharp. Brain games help the GSD to develop a broader mind by encouraging them to think through new experiences and tasks.

You can find many exciting mind games for German Shepherds to help you get started.

Don’t neglect the German Shepherd’s ability to understand commands and want to please you. They thrive on German Shepherd obedience training at home and you’ll need to make sure to train them to the basics and beyond.

You can do this through positive training while also stimulating their minds using the Brain Training for Dogs program. This is what I’ve used for my German Shepherd to help keep her barking under control.

Find more about this awesome, inexpensive online program here: Brain Training for Dogs Review (Was It Worth My Money?)

Why are German Shepherds so smart? The Complete Canine Package

German Shepherds have a long history as an all-around working breed that excels in almost any environment. From medicine to the military, all the way to your everyday service dog, the German Shepherd is a dog that is second to none in their abilities to adapt and excel.

Stop asking yourself, “Why are German Shepherds so smart,” and instead start boosting your GSD’s mind right away!

German Shepherds who aren’t mentally engaged with their environments tend to act out with unwanted behaviors, such as excessive barking, anxiety, and disobedience. 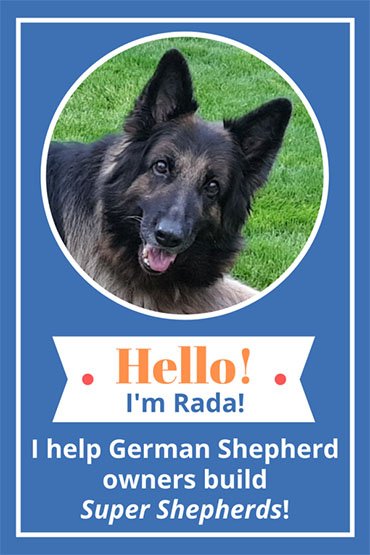 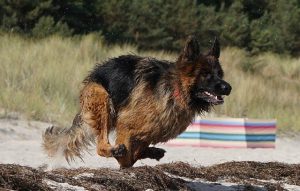 Jan 28, 2020 Catherine
A German Shepherd exercise routine is a must for your high energy breed! But there’s …
Health & Breed
More
Related 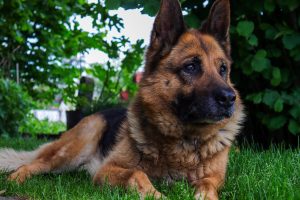 Feb 14, 2020 Catherine
Do you want to know how to extend the German Shepherd life span and increase …
Health & Breed
More
Related 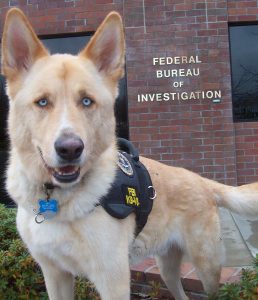 Mar 19, 2020 Catherine
Looking for a perfect mix of high energy and intelligence? Perhaps the idea of a …
Health & Breed
More

We use cookies to ensure that we give you the best experience on our website. If you continue to use this site we will assume that you are happy with it.I accept cookiesPrivacy policy